Lessons from Dr. Cedric Alexander on Policing for the 21st Century 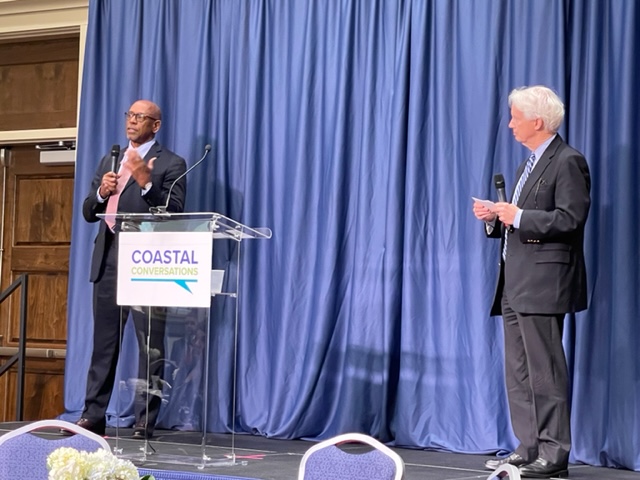 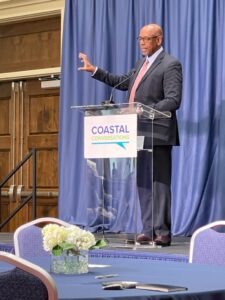 If you missed the program, you can watch on YouTube or listen to our podcast episode.

Dr. Alexander is a clinical psychologist, law enforcement analyst, public safety executive and 40-year law enforcement veteran, with experience in all levels of government. At this program, he discussed ways to advance policing and reduce crime in the 21st century.

“If we’re gonna resolve the issue around public safety, advancing policing and moving policing to a 21st century place, we’re not going to do it based on 20th century ideals.”

When it comes to complaints about understaffing in law enforcement, Dr. Alexander advised developing an understanding of younger generations and providing stronger leadership. Generations have shifted away from a work-centric lifestyle, placing more value on personal lives. Additionally, experiences differ between older and younger generations, especially regarding diversity and gun violence.

“People are leaving jobs, not because the job is tough, but because of bad managers and bad bosses.”

Law enforcement officers need guidance from strong and supportive leadership because a chief’s attitude and supervision will dictate everything else in a department. The need to feel valued within any organization is becoming increasingly more important, so it is crucial to accept and appeal to these generational differences and societal developments.

The ability to reduce crime does not depend on the number of police officers. Rather, the value and skill set of law enforcement officers and how they utilize technology will determine how a department will perform. When recruiting, it is important to make sure potential candidates possess the critical thinking skills, understanding of the importance of public service, desire to preserve lives and true compassion for people needed to perform the duties of law enforcement constitutionally.

All law enforcement officers should recognize the importance of embracing diversity and being mindful of their own bias, regardless of race. When working in law enforcement, Dr. Alexander recalled the challenge of providing the best public service, which requires a judgment-free approach to the environment and people at each scene. In order to improve the quality of policing, individual bias cannot be permitted to compromise the ability to distinguish what is constitutionally right and wrong.

“We have to create new ways of thinking, but we have to do it collectively.”

When it comes to advancing policing in the 21st century, Dr. Alexander explained the importance of the community and law enforcement working together. In a society where the term “reform” has become highly politicized, we must remember that everyone has a common desire to be treated fairly and feel safe in their community.

Thank you to all who joined us for this important conversation. And thank you to our sponsors, USA College of Education & Professional Studies and the USA Department of Political Science and Criminal Justice.

The Facts & The Numbers: Medicaid Expansion

Join us for The Facts & The Numbers: Medicaid Expansion Alabama’s health care industry is quickly evolving while facing all sorts of new challenges and

Launching The Basics: A Strategy for Whole Communities

Join us for the launch of “The Basics” program for coastal Alabama led by United Way of Southwest Alabama. Dr. Ron Ferguson was our first